For the anti-lockdown bunch looking strangely similar to anti-vaxxers, the word prudent, which you obviously don't understand, means: "wise or judicious in practical affairs." Something you aren't...but now at least know what it means.

Bernie Sanders was instrumental in founding the Progressive Revolution, a good thing for this country, much of its ideology found in today's Democrats, even Joe Biden, who is running for president against Donald Trump. A revolution can have two purposes as the Bern explained. One is to overturn a government by force, or Bernie's way, which is to create a grass roots effort that results in a change of government ideology. The anti-vaxxers/anti-lockdown are neither. 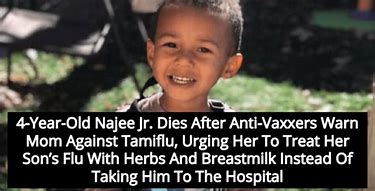 The latter two groups consist of misguided families and individuals who are being led like a bunch of double-digits who cannot think for themselves, and choose to follow the crackpots in social media who espouse the philosophy that you can be super-human if you just listen to them, These disciples of the movement, 'Let's hurry up and die' have followed the instructions of one of these lunatics, a mother, and her child died.

To begin with, the number of those protesting is definitely smaller than those who have decided to follow the law and common sense. So, these wingnuts are definitely in the minority, as you might expect a group of morons would be. That said, there is a report of a security guard shot at a Dollar Store in Michigan, just because he prevented a customer entrance without a mask. What we don't need is for the gun nuts to get into the act now.


Eric Feigl-Ding, an epidemiologist and public health scientist at the Harvard TH Chan School of Public Health said, "US anti-lockdown rallies could cause surge in Covid-19 cases." We have already seen COVID-19 cases increase in states that are reopening, and Aljazeera has just announced that the "US could see 3,000 daily deaths as economy reopens." The New York Times says Trump connected groups are behind the protesters...

"Among those fighting the orders are FreedomWorks and Tea Party Patriots, which played pivotal roles in the beginning of Tea Party protests starting more than a decade ago. Also involved are a law firm led partly by former Trump White House officials, a network of state-based conservative policy groups, and an ad hoc coalition of conservative leaders known as Save Our Country that has advised the White House on strategies for a tiered reopening of the economy."

Attorney General William Barr has even joined in, and NYT sees it as "a galvanizing cause for a vocal element of Mr. Trump’s base and others on the political right." But Business insider, in an opinion piece, thinks the protesters believe it is "the work of a tyrannical government out of control."  The piece goes on to comment on the fact that there is some provocation here, especially when you have lost your job and cannot pay the bills.

But the protesters haven't had a free rein as those on the front line grow tired of the idiots who don't understand the meaning of meeting death every day in the coronavirus pandemic. In Colorado...


It's hard to say, but should the U.S. government provide support for those unemployed workers due to COVID-19? Considering the fact that it is clearly Donald Trump's fault the pandemic has grown like it has, he should provide workers compensation from his own pocket. So, yeah, we know that won't happen, then, perhaps, Trump's minions should be planning for more stimulus money, and in the near future.