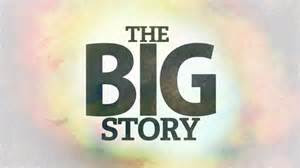 In an earlier post, "Shallow media concentrates on Donald Trump," I pointed out how, even with Bernie Sanders breaking records regularly, the coverage is slanted toward what give it the highest ratings and sells the most newspapers. That would be Donald Trump, the big mouth blowhard that,due to a group whose brains are starving for oxygen supports him. I took it further with another comparison, the headline describing an MSNBC interview with Susan Sarandon.
But yesterday CNN made this statement: "If Donald Trump weren't dominating the coverage in this election, Bernie Sanders would be the big story." They say this as if they agree with the way the coverage of primaries is being handled, but certainly admitting that, in effect, they're all doing it. The Bern has been the big story since the beginning of the primaries and will continue to play the part until he wins the nomination in July, subsequently the White House.
at April 01, 2016