Clinton favorability the pits and polls show it 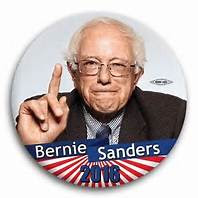 The latest Huff Pollster national poll shows Bernie Sanders has shot northward to 45.4% while Hillary Clinton has gone south to 48.3%. She was at 52.2% on March 6, Bernie at 39.7%. And on April 9, Ipsos/Reuters found the Bern ahead at 49%, Clinton 48%. Go figure, because these differences prove that polling hasn't yet reached a scientific or technological level where it can't be challenged. But there is one poll that should be confusing to any Bernie Sanders supporter.

Favorability. How is it that Hillary Clinton with a net favorability rating of -24--higher than Ted Cruz at -23--is ahead in national polls when Bernie Sanders' net favorability is a +9? That's a spread of 32 points and a significant number which may turn  superdelegate heads even more toward the Bern, especially if he does well in New York. A lot of people don't like the candidate they vote for but do so because he or she is best qualified. Bernie is well liked and he's qualified.

I detest mentioning the name but a Republican candidate with the initials DT is a poll of another color. Since these pollsters are the same ones that do all the polls, you have to wonder if the whole thing is actually a colossal sham...or could it just be  the stupidity of the American conservative public?
at April 20, 2016