The agony of stupidity...Anti-vaxxer on Hollywood Blvd 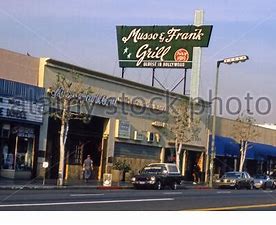 I lived in Hollywood for a while several years ago and spent many hours on Hollywood Blvd. in restaurants and bars. It was much cleaner then and fewer homeless, although there were several would-be actors that would accost you displaying their talents hoping you might be a producer or director. I wasn't, but they didn't know that so the street-play went on as if I was. My favorite eatery was Musso & Frank Grill where they seemed to congregate in front.

Those were fun days for me but this post is about today, and it is a completely different Hollywood Blvd. Musso & Frank is still there but homeless people have now replaced the would-be actors. Added too are the anti-vaxxing idiots who display their stupid philosophy as if it was an ongoing TV series of morons. It was just this week that one of those deniers of science observed one of these displaced 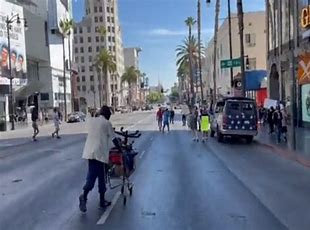 “Do you see all of these homeless people around. Are they dead in the street from Covid? Hell no. Why?”

And here was this retort from the homeless person in question...

A man pushing a trolley walked by and quipped: “Because I’m vaccinated you dumb f***.”

As usual, the anti-vaxxer ignored the reply as the man proceeded down the street. Even on the boulevard of the stars, the bumbling deniers of science are ridiculed.