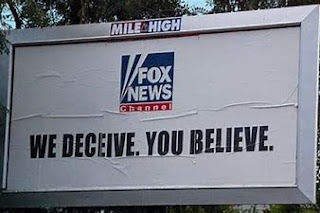 The half I refer to, of course, is the word "News," with most of the legitimate broadcasting community calling it the "no news network." Their motto used to be "Fair and Balanced," now changed to, "Most Watched, Most Trusted," again, half right. They do have a large audience, which is accounted for by the fact this country suddenly has a large population of idiots. That's what it takes to watch a moron like Tucker Carlson who admitted on the air that he lies.‘I really try not to..." [to lie] was his comment and my gut tells me that attracted even more of the double-digits that watch him. I worked in television in the early days of the 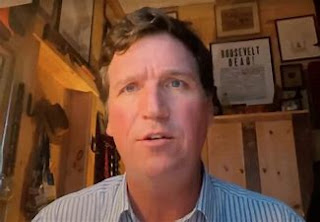 1950s, produced several news shows, and two of the goals most sought after were accuracy and integrity. Fox has neither. Here's more...

Carlson defended a teenage gunman involved in a shooting during a Black Lives Matter protest in Kenosha, Wisconsin and defending white nationalists involved in the storming of the Capitol building.

There are other news blunderers at Fox but no one else has the bold audacity and arrogance to go on the air, day after day, and make a complete fool of himself like Carlson does. Kinda indicates something loose somewhere. Here's a headline from Variety that sums it all up...

I hear Rupert Murdoch is scared of Tucker Carlson?