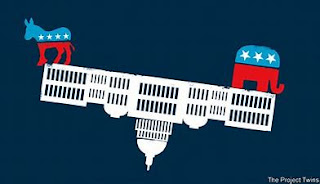 Richard L. Hasen, is a professor at the University of California, Irvine, School of Law, and an expert in election law, according to the New York Times, and he is concerned that the GOP is quietly but effectively undermining the democratic voting process. You might recall a few years ago when the radical right, again, quietly and effectively, completely flummoxed DNC head, Debbie Wasserman Schultz in taking over Governors' offices and state legislatures, leading to won elections.

Hansen reminds us of the recent Jan. 6, insurrection at the U.S. Capitol, basically for the purpose of denying the validity of the 2020 election, which
Donald Trump has continued in a number of ways by energizing his group of double-digit supporters. This, alone, carried into the 2024 election, would be enough to disrupt the democratic process. But, Hansen says the next coup attempt will be executed by “lawyers in fine suits.”
Here are the facts...

"Between January and June, Republican-controlled legislatures passed 24 laws across 14 states to increase their control over how elections are run, stripping secretaries of state of their power and making it easier to overturn results." 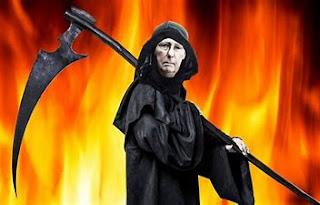 And there is, of course, the ever-present Moscow Mitch McConnell, known as the "Grim Reaper," since President Barack Obama he has decreed to block anything "Democrat." His most recent drive against our country is to block
"Democrats’ effort to act responsibly and step up to the thankless task of raising the debt limit." Here's the Daily Beast's take...

There are lots of things you can say about Cocaine Mitch, but you can’t say he broke his vow to make stopping Biden “100 percent of his focus.” His willingness to imperil the full faith and credit of the United States to do so is more proof than the country can stand. mentally unbalanced as the simpleton they follow. Here's a headline from Salon: "White terror: Millions of Americans say they'd support violence to restore Trump to power." That should scare the hell out of anyone who is in full command of his or her mental faculties. There has even been talk of another civil war like we experienced in 1861, with the Jan. 6, insurrection a preview.

A couple weeks ago the Trump goons held a "Justice for J6" rally, which pretty much fizzled with a very low turnout. Salon's reaction was...

Trump's Republican-fascists and their propagandists have elevated these hooligans, vandals and (in many cases) terrorists to the status of martyrs and patriots as a way of legitimizing their anti-democratic movement, creating sympathy among Trump's faithful that can be exploited for fundraising and, of course, recruiting and encouraging more extremists to the cause. 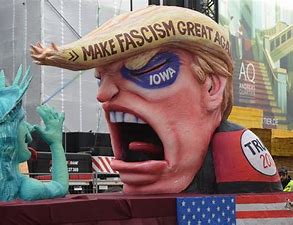 To underwrite this bizarre Trump movement, AlterNet reports there is a group, The Claremont Institute that will tell you...

that Republicans and Democrats aren't just members of competing political parties, but are, in effect, living in two separate countries. Describing Claremont as the "intellectual home of America's Trumpist right," Green notes that Claremont President Ryan Williams and his colleagues "believe that America has" become "two fundamentally different countries, not least because of the rise of secularism."

Can you imagine what Abraham Lincoln would have thought had he been confronted by a bunch of lunatics like this? Racists aren't the most mentally stable individuals, but at least the cause was simpler. The South favored slavery; the North did not. It is no longer simple, but still very similar to 1861, two very different groups that are determined to, each, have its way. Only one side can win, and it is that which will determine the future of democracy.