The latest wrapped up for Progressives 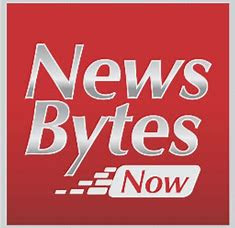 The poverty rate may be down but there are still millions that are poor, according to the U.S. Census Bureau. We carry 5 dollar bills around in the car's compartment just for the homeless that are at most intersections where we live.

Polls in the Democratic Primary are pointing to a three-way split between Joe Biden, Bernie Sanders and Elizabeth Warren. With all his problems, Biden is still a solid first. The Bern continues to show his resilience, tied at second with Warren.

Justice Sotomayor accuses the Supreme Court of showing favor toward the Trump administration. Her reference is to "the Court order that effectively locked nearly all Central American migrants out of the asylum process."

Lawrence O'Donnell of MSNBC speaks of some ominous revelation we can expect from former National Security Advisor John Bolton, after being belittled by Donald Trump. To that Bolton commented, "I will have my say in due course." O'Donnell says it "could destroy the Trump re-election campaign."

Salon says in 2020, "Gerrymandered maps are being struck down by courts across the country, and the 2018 midterm elections point to massive turnout in the next election." Democrats must be cautious over the corrupt Republicans that will do anything to win.

Additional confirmation of SCOTUS' favorability to the Trump administration. The move allows T-rump "to bar most asylum seekers at the southern border while a lawsuit over the rule makes its way through the courts."

Jerry Falwell Jr. is a Trump supporter, so are we to assume this "supposed" religious leader is in favor of T-rump's womanizing and, yes, his lying. The eighth Commandment says, “Thou shalt not bear false witness against thy neighbor,” in short, it condemns lying. Apparently these people don't read the Bible.