Had trouble with your credit report? The Bern can fix it 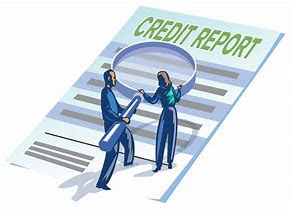 I did a privacy blog some 13 years ago, and one of the biggest complaints was from readers who had trouble with their credit reports. If they had a problem with the report, they could not get through to the three credit reporting agencies to talk to a competent individual. The key word here is competent. If you were lucky enough to get a human being, you were bounced around from inept clerks to supervisors, to supervisors of supervisors. The idea was to wear you out.

There are three major companies in the business of collecting your credit data, and they act as if it belongs to them and they don't have to divulge anything to you, even though it is your personal information. I once advocated the concept of giving ownership of personal data to the individual. The public didn't understand the concept and many of the major privacy blogs were supported to some degree by the credit bureaus.

Consumer Reports tells you how to fix credit score problems...


Let's name them: Trans Union, Experian and Equifax. You might remember the recent breach of 140 personal records from Equifax. This was due to "insufficient data security practices," something the database industry has been riddled with over the years. If you are really interested, Privacy Rights Clearinghouse has a file that documents data breaches all the way back to 2005. This organization is one of the best at fighting identity theft and has been around for decades.

Bernie Sanders wants to eliminate the private credit reporting companies and substitute them with a government-managed credit registry. Similar to Medicare for All, it would eliminate the private sector in the administration of personal credit. It reeks of socialism, which it is, but you have to consider whether or not the private sector is acting in behalf of the American public. It is not in the case of either health insurance or personal credit information. I'll let Bernie run with Medicare for All, but I have had years of experience with credit unions.

They are not operated in the best interest of the consumer. They are operated to produce a profit and that amounts to billions of dollars a year. I was a data broker consultant for 35 years and witnessed the manipulation of your personal information in ways that would terrify you. From your name and address to your income and hundreds of other private factors about your life are sold daily to junk mail marketers. Even your Social Security number in financial transactions.

The Credit Pros lists the four ways credit bureaus reap huge profits on your private data...
My theory for owning your personal information included participation in the proceeds of its sale, but in number three, above, you are actually paying for your own private data, as an example, when you order a non-free credit report or your credit score. And, as indicated earlier, the credit bureaus, Trans-Union, Equifax and Experian, protect this information as if it was theirs. It isn't, it is yours and The Bern's concept would eliminate that exclusivity. A must to be successful.


In my privacy blog, The Dunning Letter, I did a post in 2006, "Experian Denies My Right to Dispute Credit Report Problem," where I had an actual one-on-one experience with what I consider the worst of the credit bureaus. The problem was I was denied my credit report where I had been a member for over twenty-five years, paying $90 annually for the service. Here's the scenario...


After hours on the Internet and telephone with Credit Manager [an Experian service] personnel who turned out to be completely useless—and being regularly “escalated” to the “right” people—I finally reached a supervisor who was known as…the Escalation Manager. Mark sounded competent, acted like he wanted to help, and spent another hour covering the same material as the “useless” bunch. I was wrong. He couldn’t help me, even if he wanted to. Something was also blocking Mark—the Credit Manager Escalation Manager, no less—from accessing my credit report.

Well, Mark couldn't help, or perhaps, just lost interest after a while, and said I should file a dispute. Dispute, that word that signifies more revenue for Experian. To make a long story short, the dispute didn't even work and subsequent phone calls proved completely fruitless. It is almost as if their work ethic is to deny the consumer anything they need or ask for that you don't have to pay for. Bernie Sanders said...

“We must and we will remove the profit motive from assessing the creditworthiness of American consumers."

Although this is socialistic and anti-capitalism, this kind of move has become necessary because private enterprise does not police itself. This is the kind of thing Progressives have vowed to address and make it right for the consumer. Everyone should welcome it, and it can't come soon enough.

Here are more early posts on Experian.
at September 30, 2019