Donald Trump donors should be boycotted 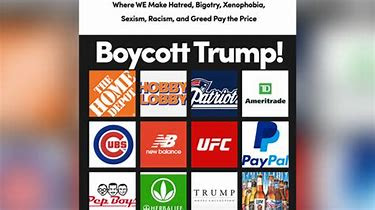 CVS Pharmacy is one of Donald Trump's major donors to his 2020 reelection campaign. CVS is obviously one of the largest drug chains in America, one you can depend on in your neighborhood. Don't go there. Walgreen's is probably closer and cheaper anyway. The Out site is saying, "you may want to reconsider your next CVS visit"...


"The hashtag #BoycottCVS began trending on Thursday following news the company plans to cut reimbursements for women who receive birth control through the mail, which led to swift condemnations from groups like NARAL Pro-Choice America."


"that might not be the only reason for CVS customers to join the campaign. CVS Health Corp. is allegedly one of the largest donors to the president’s reelection campaign. The report was originally published in the Wall Street Journal in February 2018, and the Federal Election Commission website shows they gave $35,000 to the Trump Victory PAC."

But you would hope the U.S. Postal Service, always begging for money, would think better about giving T-rump $29,642. Can't go to United Parcel Service (UPS) because of their $17,932 contribution. Even the US Dept of Veterans Affairs, which is letting its patients die, kicked in $18,875. Go to Verizon if you are an AT&T customer who donated $25,317, and insurance carrier State Farm coughed up $20,605 to the Oval Office lunatic.


And there is a host of fast food companies and restaurants you'll want to stay away from if you are anti-Donald Trump. Someone on BoingBoing provided this list of companies to avoid because they are Donald Trump supporters...

Depending on how serious you are about your political persuasion, there is a new company, Progressive Shopper, that provides political spending from hundreds of major brands. Here's the scenario...


"The site shows shoppers what percentage of a company’s political spending went to Democrats and Republicans in the 2018 and 2016 election cycles. If a company is deemed too far in the red, Progressive Shopper offers a list of competitors where you might also find that sweater or sofa, but from a more left-leaning brand. So far, co-founders Mark Hanis and Van Chappell have culled data from more than 500 companies -- from Walmart to T-Mobile to General Motors."

Just another way us Progressives can show our teeth and beat the scourge of Donald Trump in 2020.
at August 30, 2019