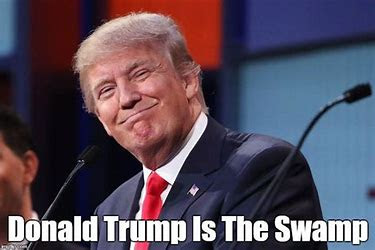 The minute the Oval Office lunatic took on the mantle of white supremacy, thinking it would please many of his followers, he started diving in the polls, and it doesn't look like this trend is abating. As an example, a new poll from Quinnipiac University cites the fact that "Most Americans think Trump is racist." Although that may appeal to some of his supporters, most don't accept it.

And harking back to his 2016 win in the Electoral College--not the popular vote--2020 doesn't look good. In "six NBC News/Wall Street Journal polls spanning January-July 2019. And in all but one of them, Trump’s approval is 'underwater among suburban residents.'”

Conspiracy theories have been with us in U.S. politics for years; remember JFK's death? But it has taken a moron like Donald Trump to move this "art" into, well, the 22nd century. In 2018, yes, even a year ago, Simon Maloy of Media Matters has compiled some of T-rump's best. Like when Trump pressured DOJ to "start an investigation into their own department’s investigation of Trump’s campaign." MSNBC’s Chris Hayes said...

“The president has now crossed one of the brightest red lines in the American rule of law: demanding the Department of Justice open a politically motivated investigation designed to sabotage the criminal and counterintelligence probe into the president’s own campaign. ”


Here's a headline for ya, "White Nationalist Terrorism Is a Problem. Trump Is a Bigger One." This a statement from the Intelligencer's Eric Levitz. And then...


"Four days after a white nationalist targeted Latinos in a mass shooting at a Walmart in El Paso — and three weeks after the director of the FBI confirmed that white supremacist ideology is the leading driver of domestic terrorism in the U.S. — the Fox News host assured his viewers that white supremacy was a 'hoax.'”

That was one of Fox's mentally challenged reporters, Tucker Carlson. But the network says his job is safe for now. Why not, as long as he comes up with disinformation like this, he is right at home.

Raw Story says that there are 20 different ways Donald Trump mirrors Hitler. A new book, "When at Times the Mob Is Swayed: A Citizen’s Guide to Defending Our Republic" by Burt Neuborne, he "describes how America’s constitutional checks and balances are being pushed to the brink by a president who is consciously following Adolf Hitler’s extremist propaganda and policy template from the early 1930s—when the Nazis took power in Germany."


"how America’s constitutional foundation in 2019—an unrepresentative Congress, the Electoral College and a right-wing Supreme Court majority—is not positioned to withstand Trump’s extreme polarization and GOP power grabs."

Even back to 2016 election, Trump compared to Hitler...


Is Donald Trump trying to provoke a recession? Salon's Bob Cesca had hoped for an embargo on the Republican Party after the George W. Bush years but instead, laments...we got something much worse...


"Eight years later, 62 million voters recklessly ignored the lessons of 2001 to 2009 by installing an even more incompetent, dangerous and unstable Republican administration in the White House."

Added to that, the lies and misinformation spewing from Fox News convinced Trump's base of double-digits that "the steadily improving economy of the Barack Obama administration was 'American carnage.'” Thus initiating a return to...


"the stewardship of Republicans who had been responsible for a $1.4 trillion deficit, the collapse of the stock market, more than 800,000 jobs lost in a single month and the near disintegration of both the housing market and America’s auto industry."


He "deregulated everything, weakening the post-Great Recession laws meant to curb Wall Street abuses, and punctuated his Bush-era linkage by also authorizing a massive tax cut for the wealthiest Americans without paying for a goddamn cent of it."

But just how much is Donald trump doing to enrich himself and his family, using the American economy to do it? Read this article to find out.

READ MORE: "Wall Street panicking: There’s a 1-in-3 chance of a recession by 2020 thanks to Trump’s trade meddling."