Cell phone users and texters need to grow up 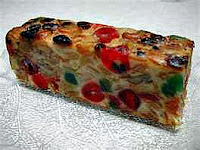 When someone says they are having trouble shaking an addiction to perpetual use of their cell phone or texting, especially while driving, you have to question their propensity toward mental analysis.  In other words, they are a fruitcake.  It becomes even worse when they compare this craving to that of cigarettes or alcohol, which clearly places them in the category of the feeble-minded.  Sorry, but if these people have learned that little discipline in their life, it’s pretty sad.
The National Transportation Safety Board (NTSB) this last week recommended a complete ban on the use of cell phones and text messaging devices while driving and this prompted outcries such as the above.  Although it is only a recommendation and states must pass their individual laws, it might be a good thing if the federal government considered such a law.  According to the NTSB, “at any given daylight moment” there are 13.5 million drivers on hand-held phones.  Sometimes it seems they are all right in front of you, right?

The Board also reports that there are 3,092 fatalities on the roadway caused by distracted drivers, a figure which could be underestimated due to reporting methods and drivers who won’t admit what they have done.  "This (distracted driving) is becoming the new DUI. It's becoming epidemic," says the NTSB’s Robert Sumwait.  But everyone agrees that laws are not the only answer; there must be a massive educational campaign to convince the hard-noses.  If you want to compare this with cigarette addiction, education helped reduce smokers.
The straw that broke the cell phone’s back was a 2010 chain-reaction accident close to Gray Summit, Missouri involving a truck, a tractor trailer and two school buses.  The idiot driver of the pickup had sent and received 11 text messages in the 11 minutes prior to the crash.  It’s almost like he didn’t have his eyes on the road at all during this period.  Two people, including the truck driver were killed, 38 others injured.  The driver of the pickup was 19 and was at the time breaking a law that prohibits drivers under age 21 from texting while driving.
﻿
The Virginia Tech Transportation Institute found that a “safety-critical event” while driving was 163 times more likely to happen if the driver was texting, e-mailing or surfing the Internet.  Right now there are laws on the books in 35 states that ban text-messaging while driving, 30 that ban cell phone use by “novices,” and 10 that ban all use of hand-held cell phones.  Cell phone companies have successfully lobbied in many states to block these laws and will undoubtedly fight the NTSB recommendation. 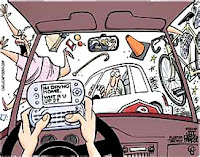 Do you know anyone who doesn’t own a cell phone?  In most cases if we did, they would probably be in a coma.  They’re everywhere, and with over 4 percent of the population—doesn’t sound like much but it’s 13.5 million people—on their cell phone at any moment while they are driving, just how coincidental would it be if one of these distracted lamebrains were to rear-end your car at a red light?

Socializing on the phone, which probably accounts for much of the activity, should come under the heading of “duh” I really shouldn’t do that.  Doing business; why not wait until you get to the nearest Starbucks?  An emergency is different but in most cases you can pull off the road.
The NTSB knows they have a fight on their hands and an already dysfunctional Congress is not likely to listen to the Agency, at least until after the 2012 elections.  The question is, how many more deaths, many of whom will be innocent drivers, will occur by then?  One thing is for sure; the NTSB will be keeping a record of incidents.
Read more here.
at December 20, 2011