In a recent “Lexington” column in The Economist written by Peter David, he asks: “Is anybody not complaining about the present state of American politics?” Well, maybe some of those so apathetic they never bother to participate in the political process, yet are still the ones who complain the most. Like we used to say in the Navy, ‘there’s always that 2 percent.’ But they aren’t the ones David is talking about, rather, those of us who do get involved, some on a daily basis, and still cannot figure out what’s going on in Washington.

﻿
﻿ What we are involved in is the antithesis of two political parties with ideologies that conflict at every level, with one side never willing to negotiate and the other too willing at times. Based on a representation of the extremes with all Republicans and many Democrats, the majority of voters remain unrepresented. Republicans refuse to even consider a tax increase, based on a commitment to Grover Norquist, and Democrats continue to pander to the GOP on this issue plus agreeing to cut entitlements.

Although Barack Obama is not facing a challenge in the primary, he might have if some deep-pocketed Democratic donors had had their way. They looked for someone to yank the campaign out of its centrism position and pull it back to the left, and apparently Russ Feingold, former Wisconsin Senator, was the choice. But success eluded the group because nobody wanted to run; some say the reason was they didn’t want to be the one to topple the country’s first Black president.

But others believe 2012 could end up like 1948, when the newspapers had already announced Thomas Dewey as the winner, and in fact Harry Truman had won the election. Another case, if Mitt Romney wins the nomination, the right wing conservatives could decide to run their own candidate or Ron Paul could run as an Independent or with the Libertarian Party. This would split the Republican vote, giving Obama a distinct advantage. Once again, ideology over common sense.

There is still one more situation that could throw a wrench into both the Dems and GOP. A new group calling itself “Americans Elect” will hold an online nominating convention of its own in June. The purpose is not to create a third party, but rather it will hold an online nominating convention. AE will use the Internet to select a presidential candidate from any party who will then choose a running mate from a different party. Peter Ackerman, a philanthropist, is one of the wealthy backers. 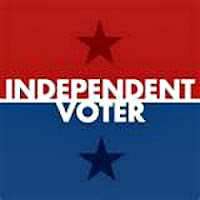 The key is getting on state ballots, and so far they have 2 million out of the 3 million necessary to accomplish this. There is even hope that the Americans Elect campaign could attract such high profile figures as Michael Bloomberg. The New York Mayor decided against running as an Independent in 2008, but this new approach to the election process could get him or others interested. It sorta puts a dent in the Independent movement, even though their claim to fame seems only to split voters from party affiliations into a non-party affiliation. They apparently have no interest in running their own candidate.

Whatever happens, we can’t afford the case where an independent gets enough votes to prevent a majority. In that case the Constitution turns the decision over to a GOP controlled House of Representatives, which would prove a disaster for progressives and the rest of the country as well. So what do we do? Returning to the original question, “Is political reform hopeless?” You be the judge because if it is to be successful, it depends on you and me. If it is hopeless, we are getting closer and closer to the fall and decline of the American democracy.﻿﻿﻿
at December 08, 2011