For those of you who don’t live in the state of , let me recommend that you make a visit as soon as possible, in part to enjoy the wonderful weather and surroundings while most of the rest of the country fights the cold including snow and sleet.  It’s without the humidity, and, although we don’t have an ocean, there are plenty of great lakes and water parks.  We know how to cater to our valued tourist here; we just don’t know how to run a civilized state.  At least the conservative extremists in control don’t.

The other reason you should come here is to witness the most bizarre politics in the nation, leaving with the absolute certification that you are much better off where you live; unless, of course, you are also a fanatical conservative.  In that case you might want to consider a move to the .  is a wonderful place to live if you are apathetic about the political scene, willing to have a legislative asylum make your laws.
Or…if you are a progressive that sincerely wants to change the present state government and make it a decent place to live for all political persuasions.
In the latest development, the counterfeit governor Jan Brewer has decided to fly in the face of voters again—she already did recently by halting a medical marijuana bill passed by the people of Arizona—and fire Colleen Mathis, the Independent head of the redistricting commission simply because the maps don’t favor Republicans as much as she and the GOP wanted.  Her decision was challenged in the state’s Supreme Court and was struck down.
’s attorney provoked the court when she told them that Brewer did, in fact, have the right to fire Mathis.  Further, that the state’s top tyrant could even fire Mathis if she didn’t like her hairstyle, and the Court couldn’t do a thing about it.  Well, they did, and reinstated Mathis as the Independent Chair, telling them to go on about their business of redistricting.  One former Justice commented on how blatantly Brewer’s act was refuting the voter’s wishes.
﻿
With this kind of reasoning, this wacko could keep firing people until she got what she wanted, tying up the redistricting process for months.  Brewer even admitted she wanted to fire the two Democrats on the panel, but the State Senate wouldn’t let her, obviously, when someone decided that was just going too far.  The make-believe Gov. let us know how disappointed she was and added her decision was made “only after much deliberation.”  Like she took 5 minutes away from her book tour in to approve something prepared by her inept staff.
The Arizona Redistricting Commission, enacted in 2000 by voters to eliminate tampering by lawmakers to gerrymander their own districts, consists of 2 Democrats, 2 Republicans and 1 Independent.  The way the current draft maps are drawn, Republican Reps. David Schweikert and Ben Quayle would be forced to fight it out now for the same district.  Rep. Paul Gosar, also a Republican,  would find himself in a less GOP-friendly district.  Poor babies.  Imagine having to do it the right way instead of the prejudiced conservative way. But this isn’t the end of the story.
’s pseudo governor is now considering firing Mathis all over again.  Brewer’s demented staff says, ‘we got the letter wrong,’ which is understandable considering this group of double-digit IQs, claiming the Court agreed when it said she, “…did not lay out a constitutionally valid argument in her dismissal of Mathis.  So maybe she will say she doesn’t like the way Mathis does her hair, or the shoes she wears, or the kind of car she drives.  Anything is possible with this blockhead. 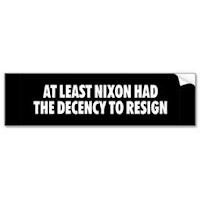 With any luck, the redistricting panel will quickly get their act together and finalize the maps in a legal and ethical procedure.  If the phony governor still attacks the outcome, then, hopefully, we can talk Randy Parraz into holding off long enough on Joe Arpaio to impeach Jan Brewer first.
﻿
﻿
﻿
at November 22, 2011