BILL S. BALLINGER...Tribute to a Dear Friend and Great Writer who died 43 years ago today 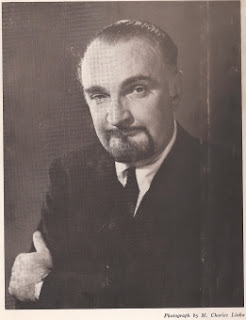 I met Bill Ballinger in 1960, at the Highlander Motel, just a couple blocks from the Hollywood Bowl in Hollywood. We were both living there at the time; Bill, because of the close proximity to the TV/movie studios, and I had just been transferred to Los Angeles by my company.

It was a chance meeting orchestrated by the motel go-to guy for anything the residents needed, Clarence, who had a feeling Bill and I would hit it off. We did and it was a relationship that lasted to his death in 1980. I was there with the family and spent several days with him right to the end.

Bill was a steady smoker and, unfortunately, lung cancer took his life.. On one of the last days, when I arrived at the hospital, his wife Lucile stopped me before entering his room and asked if I could go in and calm Bill down. It seems he wanted a cigarette and the hospital had taken them away for fear of an explosion from the oxygen he was receiving.

And not the least of which, he was dying from the very thing he craved. We argued, 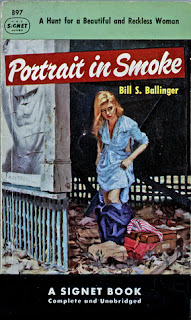 something Bill and I had never done before over all the years we had known each other. At one point he told me, don't worry about the oxygen, when I noticed he had the nose piece hidden under his pillow. And, 'what the hell' he said, 'I'll never leave this hospital alive.' I almost cried, but, instead, I went down to the hospital gift shop and bought him a package of cigarettes.

But for the years leading up to that day, it was a friendship I treasured because of, just Bill and Lucy, and the memories we shared together. Like the time Lucile decided she could grow hair on two balding heads. She had us both lying on their bed on our stomachs where she spread vodka mixed with cayenne pepper on our bald pates. And, Bill's and Lucy's parties populated with the Hollywood bunch, but the more down to earth crowd; Lucile's curry for dinner was out of this world.

Bill was not just a super-interesting person, he was one of the most talented and versatile writers of his day, working in radio where he wrote 81 scripts and produced The Dinah Shore Show, The Breakfast Club, and Lowell Thomas broadcasts. He was a novelist, crime/suspense, with a library unequaled in the field. The Tooth and the Nail was considered one of his finest, and it was also made into a movie. He also wrote another 150 TV and motion picture scripts.

In 1961 Bill won the coveted Edgar Award for an Alfred Hitchcock teleplay. At one of the parties, I met the Associate Producer for the Hitchcock TV series and he told me he could always count on Bill for a great script, and an almost overnight delivery.

Lucy called me after Bill's passing, saying she was going through his things and found several personal copies of his novels; felt he would have wanted me to have them. Brett Halliday, pen name of Dave Dresser, and the author of Michael Shane 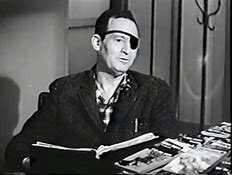 books, was a close friend of the Ballingers and along with his wife, Mary, once threw a party for a new litter of cats. It was a blast. Dave wore a patch over one eye and set a bottle of brandy on his writing table each day before starting to write.
There is so much more to tell, enough to fill a book, about all the interesting people I met through Bill, and Dave. As an example, I was introduced to one of the leading glassblowers in the U.S. who lived in Montecito (close to Santa Barbara) in Dave and Mary's neighborhood.
Bill Sanborn Ballinger, borne in Oskaloosa, Iowa, died in Tarzana, California on this day 43 years ago. Lucile died not too long after that. The Corsican, about the Unione Corse (corpse), published in 1974, has the most touching autograph to my wife, Barbara and me, of any of his books...

To my dear friends - Jack and Barbara - Much happiness in your new home, but don't forget your way back - Love, Bill S. Ballinger - dated 9/6/74

We did return but it wasn't the same without Bill and Lucy Ballinger.