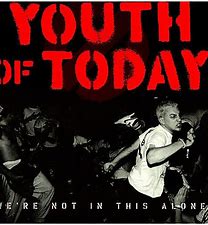 When you get to my age, and the world outlook is as dismal as it is today, you begin to wonder about the future and worry about the younger generation. Don't get me wrong; this isn't a life-ending message, rather, simply, a reckoning of what's going on around us with hope of just how to deal with it. I expect to live several more years but wouldn't want to repeat an earlier life, based on today's challenges. Hey, it was a crazy eighty-nine years but mostly positive enough to look ahead.

Going forward, Russia is mercilessly pounding Ukraine, the coronavirus is unnecessarily pounding populations around the world, and Republicans are ruthlessly pounding democracy. It's coming from all directions, folks, with an agenda I bet no White House has ever had to deal with. Here's how bad it is: "Interpreter breaks down during Zelensky’s speech to European Union..."

BRUSSELS — "The English-language interpreter for Ukrainian President Volodymyr Zelensky’s speech to European lawmakers on Tuesday was so moved by the remarks that he momentarily lost his composure.

"During the virtual address, Zelensky described the recent shelling of Kharkiv, including a missile strike on the city’s Freedom Square. 'Can you imagine, two cruise missiles, dozens killed,' the interpreter said, his voice shaking. 'This is the price of freedom.'”

Vladimir Putin is on a mission to prove his strength and the strength of Russia, using Ukraine as his whipping post. He's bombed Kyiv and he is now focusing on the civilian population to exacerbate as many deaths as possible to bring down President Zelensky and his country. Putin's army met with opposition from Ukraine forces they didn't expect, deciding the private sector would be easier. So far, world powers are interpreting it as a war crime.

In the meantime, President Biden has unleashed a bevy of sanctions that has forced a precipitous fall of the Russian Ruble. Two of his countrymen who are billionaires, plus a wealthy group, are calling for Putin to negotiate, as is most of the rest of the world. What brought up the war crime issue was an accusation by Ukraine that the Soviets used vacuum bombs which are illegal in international warfare. Does that sound like someone is desperate?

Russia's invasion of Ukraine could affect Americans and US economy
The question now being shopped around; is this the beginning of World War III? Fiona Hill, Former Senior Director for Europe and Russia at the United States National Security Council, said Putin is capable of escalation into a potential world war. The big question is whether the U.S. and European sanctions are enough to bring Russia to the negotiating table. So far they haven't. And then there is the use of nuclear acceleration which would obviously be a disaster for the world.

And as CNN reports, "All bets are off if Putin slashes the West's oil supplies." Here's the scenario...

"Russia faces the specter of a full-blown financial meltdown. Punishing sanctions leveled by the West have sent the ruble crashing to record lows, shuttered Moscow's stock market and made Russian assets toxic on the world stage.

"The White House has even taken aim at Vladimir Putin's financial fortress, removing access to at least a chunk of Russia's $630 billion rainy-day fund that was designed to cushion the economic blow of this very crisis."

It would seem Vladimir Putin has the world by the balls, not necessarily because of 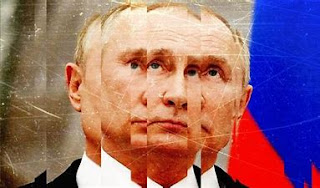 strength but equally the question of whether he is mentally unbalanced. We had a similar confrontation with the then Soviet Union and Khrushchev re. the 1962 missile crisis in Cuba. The U.S. won because President John F. Kennedy held his ground. Will Biden be able to use the same strategy in Ukraine with his perpetual sanctions? I'm betting on the President's calm and confident approach.