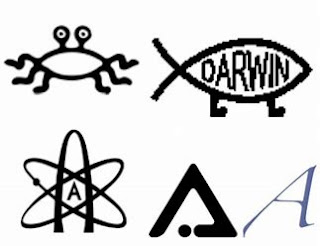 I grew up thinking atheists were the scourge of the earth. How could you possibly not believe in the God? Then I thought I was called to the ministry and quickly learned that beliefs were relevant to whose side you were on. I was a Methodist then, just one bloc of what would turn out to be a worldwide mixture of, again, beliefs. But there was a discipline attached to these convictions that, in those days, you didn't dare deviate from without a reprisal from the church.

It happened to me early on and it was at that point I discovered just how much I disliked disciplinarians. In high school you took it with a grain of salt if you wanted an education; so why did I then upon graduation join the Navy? Don't know where this is all going except to say that today the religious business has become more open-minded, yet there are still many who will tell you their God is the only God. And then...Atheists will tell you there is no God.

Did you know there are Atheists who believe in God? They are called Agnostics 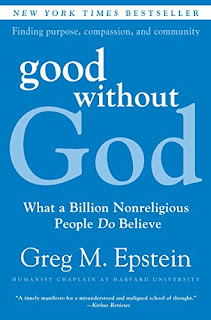 and I am one of them. I tried being an Atheist because of the hypocrisy in Christianity, the organized church, and something that happened in my life. But I just cannot visualize the existence of the earth as we know it without there being some supreme being that started it all. Just think, if the amoeba did walk out of the sea, who created the amoeba and who created the sea?

Christians, Buddhists, Muslims, and other faiths should read Charles Darwin's "The Origin of Species." I read it years ago and am reading it again now to determine if the years in between have added anything to the mystique of Darwin's theory. Greg Epstein is the author of Good Without God. He is the new chief chaplain of Harvard and apparently "His personal beliefs or disbelief don't seem to be an issue." So go figure, Christians.

And here is a headline from Salon, "Staunch atheists show higher morals than the proudly pious, from the pandemic to climate change," that launches an article exploring religion in many aspects of the calamities we are dealing with today. It would seem here and in other articles I have read recently that a position that has been around for several years is valid. A person does not need a church, or a specific God to be religious. And that is the new strength of religion.