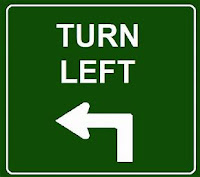 Don't count Bernie out is the word from John Atcheson of Progressive Common Dreams News comparing the Bern to Joe Biden in the recent uncloseted war on Sanders by the Democrats. Biden stumbled in the first debate with attacks from newbie Kamala Harris, but the Vermont Senator continued to hammer away with his crusade to get Wall Street and the wealthy. Bernie still doesn't seem to fear the Socialist label, and polls as well as Biden against Trump. Next debate?

In a move that defies the term "I don't believe it," the Republicans are working in collusion with "a GOP operative whose goal was to create maps advantageous to Republicans and non-Hispanic Whites.” (ie. the recent question added to the Census asking for citizenship, which is currently in the courts.) With the question in jeopardy, Donald Trump has now even asked for a delay of the census. Just further proof that the Republicans will do anything to block Democratic voters.

Democrats took a hit when SCOTUS ruled that federal courts cannot block lawmakers in individual states from partisan gerrymandering in political districts. Whether or not this is illegal, but certainly unethical, "Justice Elena Kagan was among the dissenters in the ruling, quoting her as saying that “partisan gerrymanders” have 'debased and dishonored our democracy.'” It seems pretty clear that, also based on the Census question issue above, the GOP is hell-bent on controlling the 2020 election.

My opinion is that most folks have a large amount of respect for the Dalai Lama, except for Trump supporters, especially after seeing this article. The religious oracle described the U.S. president as scatterbrained, that Trump suffers from a “lack of moral principle.” The Tibetan spiritual leader said, “One day, he says something,” the Dalai Lama said of Trump. “Another day, he says something.” Thus, the premise by many, including well-known psychiatrists, that Donald Trump is mentally unbalanced.

Donald Trump is a fabricated president. Fake, counterfeit, bogus, the list goes on endlessly. Like the phony cover of TIME Magazine that was found hanging in his golf clubs back in 2017. Today the fraudulent "TIME magazine graphic showing himself running for office for the next 1,000 years." A campaign yard sign said, “Trump 2020, Trump 2024, 2028,” well into the year 3,000 to 40,000 and beyond. Carried further, president for life? Something must be done about this lunatic in 2020...or before.