Bananas Man was back in the Oval Office thinking about that war he wanted to start. He just didn't know who to start one with, when he noticed the picture on the wall and the name China. The caption read, 'China is the country that could give the United States the most trouble.' Then he realized that the U.S. must be a country, and this world is broken down by countries. Strange to the alien whose Odious was assembled in a series of globules. But then, everything here was odd. 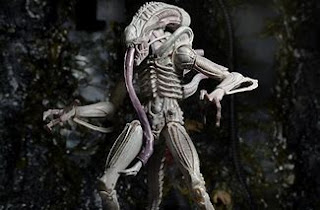 He ran back out to the female he had spoken with before and stated calmly, "I want to start a war with China, and I want to do it now." His boredom was getting the best of him and he was getting impatient for the chaos he was used to on Odious. "Send someone in here to help me get this done, he added," and returned to his office. The woman was aghast, but with her experience she knew the first thing to do was to call the Secretary of State.

The Secretary of State noticed the Oval Office door was partially open so he knocked lightly and walked in. Donald Trump/alien had no idea who he was but decided he must be the war starter so he continued, "How do the two of us start a war with China, and I mean right now?"

The SOS completely lost his ability to speak and reason until he suddenly realized the figure in front of him wasn't acting in any way like the president he knew. Collecting himself finally, "Mr. President, we can't do that without cause," and looked at his presumed but doubtful boss with complete exasperation.

"It's cause I don't like them and I want to." And that was it, no preamble to a move of going into combat that would surely result in bloodshed and loss of lives. Just "cause" he didn't like them and he wanted to. "How long will it take us to do it?" he added. 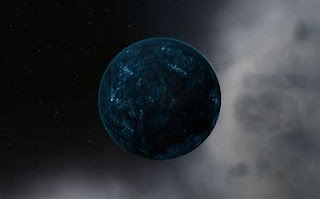 And then the SOS figured it out, the president was playing one of his war games of strategy. Something he did regularly for what he termed a sure way to keep the U.S. on its toes. Have to play along as the Secretary of State should he thought, then said, "To the situation room quickly Mr. President, and the red phone." As they hustled to the basement in the West Wing of the White House, the SOS wondered just how far the president would go this time.

It was very quiet in the soundproof situation room where Donald Trump/alien eyed a red object on the table in front of them, all alone. "What's that?" again, before he thought, then remembered this man he was with saying 'to the red phone.' He immediately wheeled around looking directly at the Secretary of State, "You get things started, then I'll take over," pushing the phone towards him.

The SOS decided the president wanted to play it by the book, took the phone and picked up the headpiece, which put him in direct contact with two of the U.S. missile launching sites in Colorado and Nebraska, gave them a red alert for China, then handed the phone to Donald Trump/alien. "The missiles are ready to fire, Sir."

The pseudo president took the phone and said, "This is the president...fire!"

The SOS almost fainted, and when getting hold of himself finally said, "Mr. President, you just started World War III."