The new study done by James Brockmole of the University of Notre Dame and psychologist Jessica Witt at Perdue University asks the question: “Could the watch captain have been fooled into thinking the youth was armed in part because he himself was holding a gun?”  According to The Washington Post, undergraduates at Notre Dame and Perdue were prone to think others were holding a weapon if they were holding a toy gun themselves. 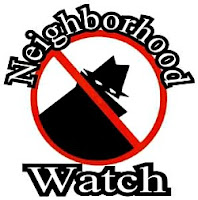 The study was done long before the shooting but Brockmole says it is possible that George Zimmerman’s (the watch captain) perception might “…have been skewed by being armed.  Brockmole also admits that race may have been a factor (Zimmerman is Hispanic), and “Past research suggests that people can be more likely to perceive a poorly seen object as a gun if it’s held by a black person than by a white person, experts say.”
The study will be published in the Journal of Experimental Psychology: Human Perception and Performance, and Brockmole states, it is “…not intended to support gun control, but it suggests that people should know that when they hold a gun “that might change how you’re going to interpret what’s around you.”  Zimmerman was protected by a 2005 law—“Stand Your Ground”—that allows him to respond with deadly force if he thinks he is threatened.
Legal analysts say the law is one reason why Zimmerman has not been arrested.  With no additional eye witnesses, they have to take the watch captain’s word.  About half the states in the have this law, which is now being questioned by law enforcement and lawmakers.  Before the above law, a self-defense claim would not have been possible since Zimmerman would have been required to just back off.  Something everyone agrees he could have done in this case.
﻿

But then back in 2011, another study was done by David Hemenway who is Director of the and the titled: Guns in the home provide greater health risk than benefit.  Right up front I will tell you that Hemenway is considered “anti-guns” by the National Rifle Assn. (NRA).  This is primarily homebound research and does not really deal with the issue of when the gun leaves the home.
Hemenway says, “When it comes to violence, nearly every figure suggests that increased presence of guns correlates with higher levels of injury and death.”  He cites homicide rates that are 14 times higher than those in most other industrialized nations for those between 15 and 24 years of age in the   Areas throughout the country with high gun ownership have more problems.  For every accidental death, 10 more go to the emergency room.
﻿
﻿

Other findings include, “In the case of battered women, lethal assaults were 2.7 times more likely to occur if a gun was present in the house; no protective effect of the gun was found.”  And in the case of George Zimmerman in the Fla. Shooting, Hemenway says, “Unlike deaths or woundings, where the definitions are clear and one needs to only count the bodies, what constitutes a self-defense gun use and whether it was successful may depend on who is telling the story."
The study’s author does say that “Results suggest that self-defense gun use may be the best method for preventing property loss."  Further he states, “using a gun in self-defense is extremely rare (most instances involve using a gun to defend against animals): studies place defensive gun use at about one percent in home invasions and 0.1 percent in sexual assaults. Moreover, police reports suggest a lot of these uses involved inappropriate use of the gun.”
﻿
﻿

In summary, “Hemenway notes that a number of surveys have found that a gun kept at home is far more likely to be used in violence, an accident, or a suicide attempt than self defense.”  He also talks about poorly trained gun owners that probably won’t do a good job of protection in self defense, surmising “there's little doubt that a gun at home is generally a negative risk factor.”
And I agree with the article’s author, John Timmer, that, regardless of which side you are on, these are interesting findings that should be looked at for their usefulness in trying to help solve the gun issues.  The other side—which I will no doubt quickly hear from—must at least consider these studies in order to make an intelligent rebuttal.
at March 23, 2012