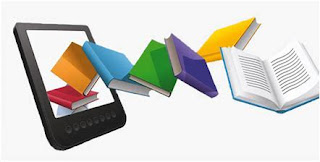 Remember when you could get a newly released E-book for as little as $3.95 in the early days of the electronic revolution? David Baldacci is a best-selling author of thrillers with an amazing track record selling over 100 million books worldwide. His latest, The 6:20 Man, is number 45 on Amazon books. The hardcover sells on Amazon for $15.39, the Kindle edition for $14.99. That is only a 40 cents difference. Amazon thinks that pricing is an essential factor.

Michael Kozlowski in Good E Reader says, digital books on the Kindle, Nook or Kobo are way more expensive now than ever before and it is the fault of major publishers who control the prices. Remember now the earlier Kindle price of $3,95.  Here's the scenario...

"All good things come to an end. When Apple launched their iBooks Store, Steve jobs met with the heads of all of major publishers. He wanted them to gain more control over the digital publishing business and create a uniform pricing structure. This was known as a cartel, which is illegal."

Steve Jobs' Role in the E-Book Pricing Conspiracy...
Amazon pioneered the concept of paying $9.99 for a new E-book from a major publisher the day it was released. E-books were cheaper than paperbacks and significantly cheaper than a hardcover which could sell for over $25,00. Experts say Amazon was losing money on Kindle books but it was well worth it to promote their product, the Kindle Reader. I am on my second and have always looked for books by price.

However, I must admit having an ardent interest in some classics that can be found as low as that old $3.95 price. I shy away from best-sellers unless it is what I call a necessary read hoping the Kindle price will eventually go down. It never does. My gut tells me this new "cartel" of publishers is not letting that happen. The U.S. Justice Department got involved in what I call price-fixing in a case against Apple and all of the publishers.

After a few years...

"the five publishers settled for $166m (£120m), while Apple lost at trial and was ordered to pay out $450m in 2016, after a lengthy legal process that ended when the US supreme court declined to hear the company’s challenge." 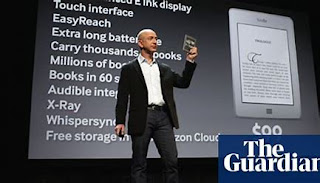 "It is very rare that publishers ever reduce the price of an E-book. When a new title is released and the publisher sets the price, they hardly ever discount the E-book at a future date."

I still think this is a matter of price-fixing but with a conservative Supreme Court today, you'd never get them to agree. Now don't get me wrong, the Kindle is a    great tool for the avid reader and with Amazon Prime you have a multitude of choices for reduced price, even free books, including those on audio. So, although we can thank the Apple folks for setting up this "price-fixing" arrangement, it would appear digital books are here to stay.