Donald Trump self pardon could prevent Raffensperger and other federal prosecutions 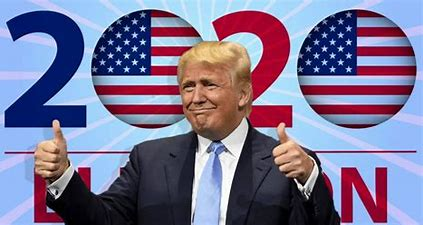 There is a recording of a one-hour phone call this past Saturday between Donald Trump and the Georgia secretary of state, Republican Brad Raffensperger. Trump wants him "to 'find' enough votes to overturn his defeat," according to the Washington Post. Some of the conversation...

"Trump alternately berated Raffensperger, tried to flatter him, begged him to act and threatened him with vague criminal consequences if the secretary of state refused to pursue his false claims, at one point warning that Raffensperger was taking 'a big risk.'”

Raffensperger, along with his office's general counsel...

"rejected Trump’s assertions, explaining that the president is relying on debunked conspiracy theories and that President-elect Joe Biden’s 11,779-vote victory in Georgia was fair and accurate."

And in a Guardian editorial, a headline, "The US president is seeking to bring down a system that defeated him." Yes, just because it defeated him and this baby boy is not used to losing. This malarkey has been going on for weeks, starting with the overwhelming results of the November 2020 election. The Guardian says "T-rump has, "manufactured a controversy purely to maintain power and to overturn a legitimate election."

He can't take a beating, especially losing by 7 million popular votes to Joe Biden, an Electoral College victory of 306 to 232. There are calls out to arrest Ted Cruz for sedition because of his antics to overturn the election. Then there is Louis Gohmert who makes an open call for violence as 11 more Republican senators sign on to the sedition plan. And just keep in mind, this whole scenario has been popularized through the authoritarian actions of Donald Trump.

T-rump cannot stand to lose, flailing and tweeting almost hourly on conspiracy theories of how the election was fixed, and filing lawsuits which have been repeatedly denied by the courts. The Guardian tells us why...

"After all, Mr. Trump has not been punished for his transgressions against tradition, decency and the law. Instead, he has been rewarded. He thinks he can get away with almost anything. The Republican party has only itself to blame for incubating Trumpism, a parasitical ideology that threatens to take over the host."

Yes, Republicans are 101% responsible for the insane antics of Donald Trump. The GOP leader of the Trump parade is Moscow Mitch McConnell, himself one of the most corrupt politicians that have ever come to Washington. Yet McConnell was recently sent back to head the Senate, and Donald Trump, with millions of supporters, is talking about running again in 2024. However, if he continues to break the law as with Raffensperger, he'll have to run from jail.