Remember the early days of Donald Trump's 2016 campaign when no one thought he could win, even top politicians short-changed him: Senator Mitch McConnell (R-KY) confidently explained how Trump was "not going to change the platform of the Republican Party, the views of the Republican Party… we're much more likely to change him." Uh huh. Moscow Mitch turned out to be his biggest cheerleader. Read more: Republicans knew they were making a deal with the devil — now they're paying for it 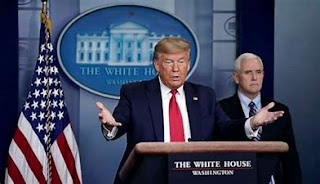 Donald Trump can add to his list of deplorable acts in his lifetime the fact that he is the "only American leader in a century with more than 400,000 deaths from one event on his watch." From the very first denying day, Killer D led the U.S. down the path of decimation from COVID-19. And now after his 2nd impeachment Donald Trump still believes he did the right thing. Pathetic! Read more: 'Blood on his hands': As US nears 400,000 COVID-19 deaths 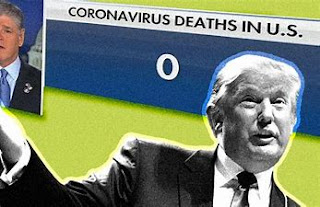 Remember that commercial, "Where's the beef?" Today the cry is 'Where's the vaccine?' Donald Trump made promise after promise to get Americans vaccinated now to slow down the surge of coronavirus. That's after bungling the pandemic from the beginning. Here's a quote from the Oregon Gov., "I am demanding answers from the Trump Administration. I am shocked and appalled that they have set an expectation on which they could not deliver, with such grave consequences," This says it all. Read more: 'Deception!': Oregon governor slams Trump --revealing 'there is no federal reserve' of vaccines 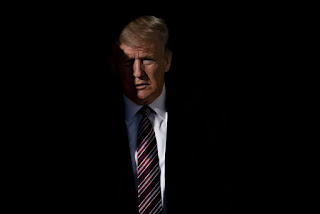 Donald Trump has been impeached twice and stands at the threshold of being convicted by the Senate. Trump is in the throes of "political, financial, and legal setbacks that cumulatively spell utter ruin." It is unreal just how many people wait in utter hopeful anticipation for that day. Read more: Trump Is on the Verge of Losing Everything

To begin with the Constitution's case of checks and balances has not worked for Donald Trump. "On January 6, 2021, the head of the executive branch, Donald Trump, incited a mob to attack the legislative branch and then did nothing to stop it." And the likelihood of the Senate convicting Trump after his second impeachment seems limited. And this is only the latest of the Oval Office lunatic's string of corruption over the last four years. Read more: The case against Donald Trump – simplified 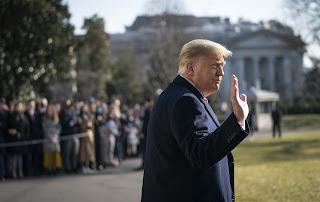 Donald Trump comes in gangbusters with the GOP with top ratings even after the Capitol riots. Analysis: 87% of Republicans are morons, idiots, imbeciles...there are more descriptions but don't have the time to spend on this trivia. A new poll "found that 43 percent of voters nationwide gave Trump a positive job approval rating." Is there any hope for this country? Read more: Trump approval remains stable in new NBC poll...
at January 17, 2021