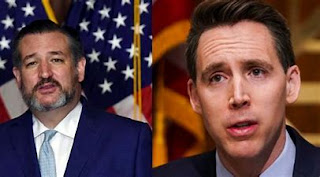 Capitol riots enablers Republican Sens. Ted Cruz of Texas and Josh Hawley of Missouri, already the target of congress for helping to incite the Capitol riot, have...

"frantically searched for a political sweet spot: They’ve tried to condemn the violence without retracting or apologizing for their active role in sustaining the big lie that incited it."

But the horror is actually seen in the video that accompanies this piece. Scroll down for the video and, folks, it is a MUST WATCH! Here's the article: Appalling new video of the rioters is a big problem for Trump’s GOP enablers 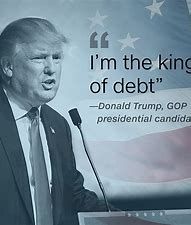 Trump is headed for debtors prison when he leaves office. In the same period of time he spent hallucinating in the Oval Office, loans in the hundreds of millions of dollars will come due, and there may be nowhere to go for more. The Hill says debt holders have...

"backed away from business arrangements with the Trump Organization, sapping future income from the debt-laden president. Three banks have announced they’re cutting ties with him — including Deutsche Bank, his biggest creditor — limiting his ability to refinance debt."

"Trump owes creditors at least $315 million, mainly through mortgages for Trump Organization hotels, resorts and golf courses, according to his 2020 financial disclosure. A Forbes analysis of Trump’s finances, however, found that Trump likely owes at least $1 billion to creditors, some of which he has personally guaranteed." 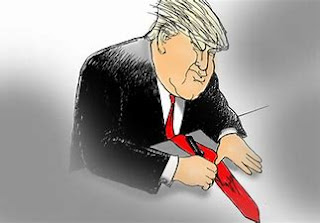 Donald Trump met with his elite advisory duo, Ivanka and Jared, to discuss some 100 pardons he has planned including...

"white-collar criminals, high-profile rappers and others. It will likely include some pardons aimed at advocating for criminal justice reform, as well as controversial pardons for political allies."

Reportedly, there are those who have paid for pardons. Business as usual. Read more: Trump preparing another 100 pardons, commutations beforeleaving office: reports 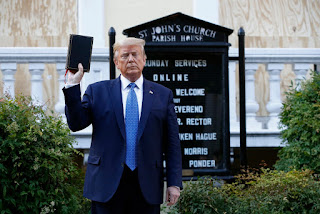 Billy Graham was a religious icon that most anyone could admire, even atheists. His son, Franklin Graham, on the other hand, has a twisted mind that has led his followers down the trail of Donald Trump idolatry. Although Graham said after seemingly criticizing Capitol rioters, "I don't think it was the president's finest moment." Then, the article exclaims...

"But Graham said he doesn't expect the tumult at the Capitol to deter evangelical Christians from supporting Trump."

"I don’t think he had any understanding in that moment of what was going to take place," he said. "None of us did."

Franklin Graham, like so many of his pathetic religious followers, have helped make Donald Trump the maniac he is today. And this is why so many Americans have left the church. Read more: Evangelicals and other faith leaders still support Trump after deadly US Capitol attack 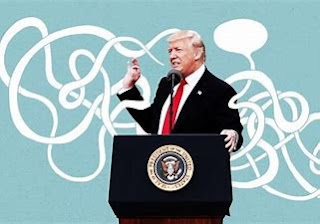 Time for a quick compendium on Donald Trump's lies racked up in his four years in the White House. AlterNet leads with this...

"For the last four years, fact-checkers have had their hands full keeping up with President Donald Trump's unprecedented level of dishonesty. While The Washington Post reported that Trump had delivered more than 22,000 false or misleading claims..."

The article calls Trump's dalliance with untruths a "disgraced president's" tweeting claims that likely had something to do with the outcome of the 2020 election. We're thankful for that and there's much more. Read the article: Here are the most dangerous and notable lies Trump spewed during his presidency

Arizona Republican representative Andy Biggs is the scumbag of this state's lowlife GOP. Biggs, along with twin scumbag Paul Gosar actually wrote a letter to Donald Trump in 2019. "reinforcing their support for the president’s desire to spend billions of tax dollars on a border wall." Today, Biggs has been accused of being part of the recent Capitol riots. The rep. denies but...

"Ali Alexander, who led rallies nationwide to try to overturn the results of the presidential election, called Biggs a hero of the movement during the rally at the Arizona Capitol and led a chant in his name." 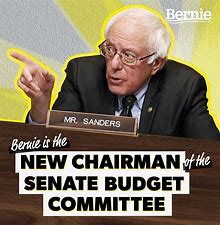 The time has finally arrived where it is likely that this country will find out whether Bernie Sanders' Progressive agenda is feasible. The Ps know it is and some moderates think there are possibilities. My gut tells me that President-elect Joe Biden, deep down, believes in Bernie as his Chairman Senate Budget Committee, and is convinced his issues can help this country. God knows it needs help after Donald Trump. Yet Republicans see a nightmare...

"that a champion of working-class people and the common good—one who has dedicated his political career to curbing poverty and injustice while denouncing corporate greed, endless war, and the cruelty of a for-profit health system that leaves millions upon millions uninsured or without affordable access to care—would assume the powerful position of chairing the Senate Budget Committee is about to become reality." 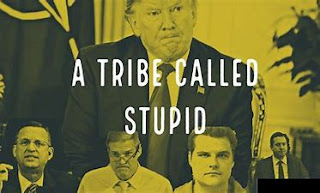 Republican fears just might come true. Donald Trump could well be the defining factor that the GOP is so misguided and corrupt that it no longer deserves the right to exist. At least as it is. It started with Karl Rove in the Geo. W. Bush administration where lying and deceit became staples for the Party. The progression of fabrication of the truth compounded by the GOP's corruption provided T-rump the perfect 'welcome wagon' he needed. But...

"The last four years under President Donald Trump's leadership have been tumultuous for politics but the end of Trump's reign has dealt a hefty blow to the Republican Party."

And now after the Capitol riots, incited by Donald Trump, we are going into a modicum of quietude under our new president, Joe Biden. With Kamala Harris at his side, the hopes for this country are once again optimistic. And if the Republicans implode, well, it couldn't happen to a better gang. Read more: Some in the GOP worry the party will not survive after 4 years of Trump