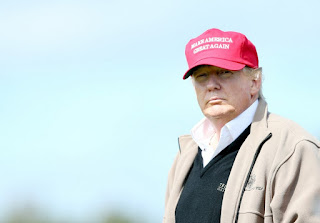 Just prior to Prime Minister Theresa May's trip to meet Donald John in the White House, British lawmakers accused the PM of "groveling" before the U.S. President. It's all a part of the people of Great Britain rethinking their affections for Americans. As an example:


A Pew Research Center poll from early 2016 found that 85 percent of Britons had no confidence in Trump doing the right thing in global relations, while 12 percent said they had confidence.

A Gallup International poll conducted in September found that if British citizens could vote in the U.S. election, 64 percent would have chosen Trump's rival, Hillary Clinton. 15 percent said they would have voted for Trump.

Another poll conducted for the Independent, this time by BMG Research, shortly after the election, 58 percent of Britons said that America's global reputation would suffer after Trump's win.

There's more and you shouldn't miss it at The Washington Post.