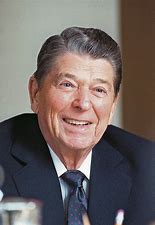 Ronald Reagan was first a Democrat, later becoming a Republican, then he wrote a book, and that is where I met him. The book's name is "Where's the Rest of Me?" 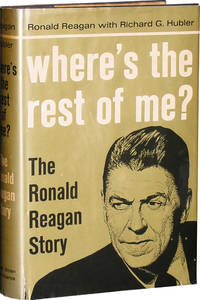 then referring to the fact that being a Democrat was unfulfilling for him, thus, his switch to the Republican Party. The phrase originally came from his 1942 movie Kings Row, where he woke up in the hospital with both legs amputated, provoking the remark. I was charged with publicizing the book in Los Angeles.

In my first experience learning who was boss in the Reagan family, I received a shipment from my New York office containing 50 copies of his book. Minutes after arrival, there was a call from New York telling me before distributing the publicity copies I must remove a page from the book. On this page was Jane Wyman's photo and, after tentative approval by Raegan, apparently his second wife, Nancy, had ordered that the page with Wyman's picture be removed.

Pictures in a book are bound in similar to the rest of the pages making it near impossible to remove one of them without the recipient noticing. I had five media appointments the next day along with three major Los Angeles book outlets to pitch the book. I spent most of the night meticulously severing the page from eight books. I made the calls the following day with no critical comments. Later, I wondered, did I do that great a job or was there just little interest in the book. 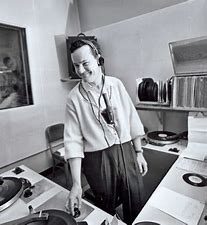 It did catch Bob Crane's eye when I called him later to pitch the book, also with Reagan's first wife removed. In those days Crane did a top-rated morning talk show on KCBS radio in LA. He was a nice guy and, if he noticed, said nothing about the photo. But I got a life lesson from Reagan on our walk from the car to Crane's studio. I stepped on some gum, sticking to my shoe sole. Scraping it on the ground to remove, Reagan stopped me right there in the parking lot.

He said, "I'll tell you something I learned years ago. When you step on gum that sticks to your shoe, you simply cover it with a small piece of paper and keep on walking. I did, and we proceeded on to Bob Cranes studio for the interview. The event went well and we left heading back to our cars. In the parking lot again, after discussing the interview, Reagan told me to check my foot for the gum. I had forgotten but when I looked the gum was gone. Simple, but pragmatic.

There were other talk shows, both radio and television, and in some instances the interviewer would attempt to provoke Reagan on how he became a Republican, others, do we really need Hollywood in politics? You have to remember, this was the mid-1960s. The movie star turned politician was very serious when he would reply that after his success in movies and television, he wanted to give politics a chance and see what he could do for California, maybe the country.

I was repeatedly impressed with the way the man presented himself and the sincerity with which he did it. On a couple of occasions I visited his Pacific Palisades home in the Los Angeles area to discuss strategy on the book with him and his wife, Nancy. It was here that I learned who had the strongest influence on Reagan's life...Nancy. She called him Ronny and would regularly impose ideas for 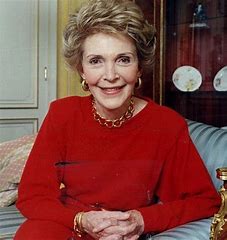 promoting his book. And most were good.

I could see from these meetings that Nancy would have a profound effect on any political office he held. That, of course, was true throughout Reagan's presidency. But it was a very positive effect in that Nancy was a good person, like her husband, and together they espoused a genuine interest in his political future. I wasn't politically active in those days, but even if I had been, and feeling the way I do about Republicans today, I could never see Reagan participating in this GOP chaos.

Ronald Reagan was strong and with his stature would likely be able to keep Moscow Mitch in line. If not, Nancy would annihilate him. And the likes of Jim Jordan, M.T. Greene, Matt Gaetz, Lauren Boebert, Reagan would cut them off at the knees. He was not the best president, but far from the worst. His "trickle down economics" is no longer viable but whatever else was wrong with his administration it far exceeds the likes of the recent White House lunatic.