Joe Manchin is naive, possibly, but is there another underlying reason he is opposing President Biden's flagship programs like eliminating the filibuster or the For the People Act? The former will eliminate the possibility of Republicans halting future Biden legislation without a hearing. The latter is an Act to expand Americans' access to the ballot box, in effect, a means to quell the GOP's continuing attempts to block certain voters with state laws.

And who has regularly fought this legislation with PACs like Americans for Prosperity? Here's a quote from a March press release from AFP urging Manchin to work with the organization's grassroots:

"Sen. Manchin has promised to prioritize policies that work for the Mountain State and push back against harmful, partisan policy coming from Washington that threaten shared West Virginia values. AFP-WV’s new effort encourages Sen. Manchin to keep that promise through digital and radio advertising and its signature grassroots activism."

The West Virginia Senator has done that by dooming the filibuster and For the People Act with his promise of no votes. Here's a statement from Rep. Alexandria Ocasio-Cortez, D-N.Y., she...

"suggested that Manchin's opposition to the proposal and filibuster reform may really be about measures in the bill aimed at cracking down on lobbyists and dark money." 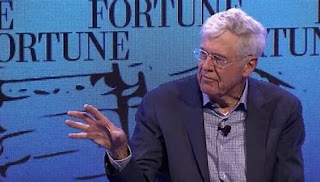 Most anyone in politics knows the king of dark money is Charles Koch who, by the way, is the founder of Americans for Prosperity. Joe Manchin is a lost cause to Democrats.