"The campaign language of the man who would become president sparks hate violence, bullying, before and after the election."

He was, of course, talking about Donald Trump who had adverse effects on the lowlife of our country even back in 2015. The story goes, two guys left a Red Sox ballgame late one night and ran across a homeless Mexican immigrant sleeping outside a commuter rail station. They proceeded to beat him with a metal pipe, punched him repeatedly, urinated on him and called him a “wetback." Elated with what they had done, Guillermo Rodriguez was left with cracked ribs and broken fingers plus other injuries. Arrested just a short time later,  one of them, 38-year-old Scott Leader said...


“Donald Trump was right. All these illegals need to be deported.”

In another incident in Portland, Oregon, a man stabbed three people when two of them attempted to stop a man who was ranting and raving and shouting anti-Muslim insults at two young women. It was n a light-rail train where the attacker stabbed and killed the two men and seriously injured another. There were witnesses and police were able to capture 35-year-old Jeremy Joseph Christian, of north Portland. The Southern Poverty Law Center had Christian in their records that indicated he held racist, white supremacist and extremist beliefs. Trump/Bannon related? Who knows.

It is noteworthy that Donald trump had kicked off his presidential campaign just two months prior to the attack, above, on a homeless Mexican man, with a speech describing Mexican immigrants as rapists and drug smugglers. In his article Mark Potok takes us from the attack on the Mexican homeless man through Trump's inauguration. One of the first things he did was call for a total and complete shutdown of Muslims entering the country. He attacked a Muslim Gold Star family, insinuating that Khizr Khan, whose son died in Iraq, was a terrorist sympathizer. 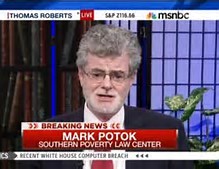 
"He had retweeted utterly bogus claims that black people were responsible for 80% of the murders of whites. He had cozied up to some of the country’s hardest line gay-bashers. He had retweeted anti-Semitic memes and called many immigrants “not well.” He had attacked a debate moderator by insinuating that her tough questions were the result of her menstrual cycle. And his earlier boasts about grabbing women by the genitals had been revealed."

Wow! We had just elected a real gent, huh? But there's much more...


"After a Black Lives Matter activist was beaten at a Trump rally in Birmingham, Ala., he told Fox News that “maybe he should have been roughed up. In Cedar Rapids, Iowa, he urged supporters to 'knock the crap' out of protesters, adding, 'I promise you, I will pay your legal fees.' When a backer at a Fayetteville, N.C., rally sucker-punched a black protester being led away by police — an act described by the local sheriff as 'a cowardly, unprovoked attack' — Trump told two national news outlets that he was looking into paying the man’s legal fees."

Mark Potok has done a great job of documenting Donald Trump's bigotry, racism and hate ranting. But Donald Trump throughout it all remains oblivious to how terrible what he is doing and saying, and even makes this unbelievable statement following the beating of Guillermo Rodriguez. His reaction was, "While the attack was 'a shame,' Trump’s main conclusion was that 'people who are following me are very passionate.'" It is impossible to figure out what kind of blood runs in the veins of this lunatic or just how his brain synapses operate...or don't.

"In the immediate aftermath of the election, the Southern Poverty Law Center (SPLC) noticed a dramatic jump in hate violence and incidents of harassment and intimidation around the country. At the same time, a wave of incidents of bullying and other kinds of harassment washed over the nation’s K-12 schools. The SPLC decided to make an effort to document all of this in real time."