The Sonoran News, published in cowboy town, Cave Creek, AZ, has been on a harebrained tirade over whether Barack Obama is an American citizen; intimating that he isn’t and not qualified to be President of the United States.  Even another conservative wacko running for Obama’s job, Michele Bachmann, says his birth certificate settles the issue. 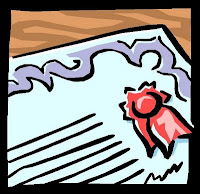 But in a Sonoran News article byLinda Bentley on July 20, the birther thing raises its ugly head again in the form of a Summit on this controversy in March of 2012.  I guess someone has to vent this crap, and it is fortunate that it is in a neighborhood rag tucked away in the Northeast section of Phoenix that has a limited readership.  I’m all for the 1st Amendment but this comes off like a vendetta.
Some deluded crackpot by the name of Dean Haskins has organized the Birther Summit scheduled to take place in Washington, DC, on March 28-30, in 2012.  He says “Barack Obama’s ineligibility” (to be in the Whitehouse) is the Summit’s “line in the sand.”  Apparently Haskins has spent too many days in the desert talking to too many saguaros that no doubt flipped him off as cuckoo.
Haskins questions Obama as a person and said to the Sonoran News, “Allowing this nefarious band of reprobates to continue refusing to properly resolve this constitutional catastrophe they created will be the death knell of America. Their next assault on our Constitution and heritage will be that much harder, if not impossible, to stop.”  Unfortunately, it’s too far from Christmas to offer this fruitcake as a gift…to the epitome of kooks, the Tea Party.
Read more here.
at August 25, 2011