Obama vague on medical marijuana but so is Constitution 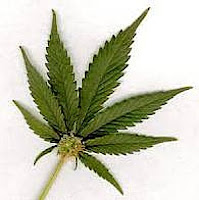 MTRF8VREWVGC
According to the Tenth Amendment Center, the Constitution doesn’t really give the feds the right to control marijuana in states.  It is the interpretation from a “group of activist judges that one blogger described as nine unelected and unaccountable bureaucratic central planners who detest the limits of the Constitution,” they claim.  The Tenth Amendment says: “The powers not delegated to the United States by the Constitution, nor prohibited by it to the States, are reserved to the States respectively, or to the people.”
Based on commerce laws, the Center states, “the federal government has no genuine constitutional authority to regulate marijuana, medical or otherwise, that is never transported across state lines for commercial purposes.”  As an example, if the plant is grown in and stays in the state of Arizona, it should be regulated by state law.  Is this what Arizona Gov. Jan Brewer and AG Tom Horne are going for in their lawsuit?  I doubt it; as opponents of the new law, they just want to stop it.
In November 2010, voters passed the Arizona Medical Marijuana Act, a citizen initiative, Proposition 203.  It made the use of medical marijuana legal in the state of Arizona and was to begin processing user authorizations in April of 2011.  Instead, Arizona’s boneheaded Gov. and AG filed a lawsuit to challenge the legality of the will of the people.
The infrastructure is all set and ready to go, but the bobbsey twins decided to take it to court and prevent those in Arizona who really need the marijuana for medicinal purposes to get it.  In the meantime the feds have confirmed a lack of interest in prosecution.
Read more here.
at August 23, 2011