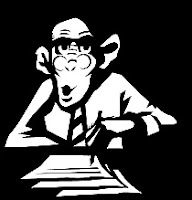 First off, there’s Glenn Beck’s continuous ranting that everything even slightly liberal is a Socialistic plot to overthrow the American government.  Like most conservative talk crackpots, he never gets anything right.  It’s too bad Beck can’t be recalled from broadcasting like politicians from their seat in Congress.  Beck was caught in a big lie recently over Arizona’s Mexican border and Americans’ guns.
Now he has compared the murdered victims of Norway’s massacre by Anders Behring Breivik to the Nazi youth movement.  Beck said:  "There was a shooting at a political camp, which sounds a little like the Hitler Youth, or whatever.”  Then later, “I mean, who does a camp for kids that's all about politics?  Disturbing.”  It is beyond me how anyone could follow this maniac after a statement like that.  It only proves the low mentality of his radio audience.  He was kicked off TV.
Glenn Beck is broadcast by KTAR radio in Phoenix, which I never listen to except for the news.  But recently I decided to see what the other side was talking about early AM on my way to take my car in for maintenance.  Two ignoramuses were congratulating President Obama on his birthday, while exclaiming he had done nothing since elected in 2008.  After considering the source, I decided to research Obama’s accomplishments since taking office.
Following are a few, but you can see the complete list of 90 here: Appointed two moderate Supreme Court judges, both female, one Hispanic; moved us closer to Universal Healthcare to cover all Americans; Financial industry reform; Pulled us from the brink of another Great Depression orchestrated by George W. Bush and his band of conservatives; Finally winding down the war in Iraq; environmental legislation.
The list was compiled by 3ChicsPolitico and there are many more of the President’s feats, but that’s probably all the two KTAR baboons can handle for now.  Sorry, the monkey family didn’t deserve that.
at August 26, 2011