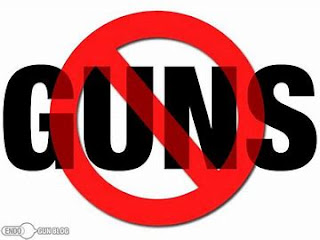 Yes, along with Immigration and Border Security, Gun Control draws largest percentage when asked what would affect your vote most for Congress in 2018. And the voting public doesn't want members in Congress who will cooperate with Donald Trump, rather, those who will fight him, 58% to 32%. A businessman even said, getting a Congress that would impeach Trump would be "pretty interesting." In another case, a Republican from Nebraska said it seemed so like the Democrats would win in November, they probably wouldn't bother to vote. Now that's a switch.

This all follows a recent CNN poll that found, "Support for stricter gun control laws in the U.S. is the highest it has been in a quarter of a century..." by 70 percent. According to Newsweek, it was only 52% after the October mass shooting in Las Vegas. And the blame is being placed exactly where it belongs, on the National Rifle Assn. and its leader Wayne LaPierre. Even people who live in a household that owns guns vote 50% for stricter gun laws. It is all fanfare by LaPierre and his NRA to sell more guns for the weapons manufacturers they represent, not NRA members.
at March 06, 2018