This is what Tim Cook told Bloomberg BusinessWeek, "Let me be clear: I'm proud to be gay, and I consider being gay among the greatest gifts God has given me." I do not know his professed party affiliation but there must be some liberal leanings there and hopefully this will send the LGBT community to the polls next week to support progressive candidates. There are 9 Democratic Senate seats up this year at risk: Alaska, Arkansas, Colorado, Iowa, Louisiana, Michigan, New Hampshire, North Carolina and West Virginia. Losing the senate wouldn't be a catastrophe for Democrats but would certainly put a current bungling Congress on the way to potential disaster.

Nate Silver in FiveThirtyEight says if the Dems win all the states they're supposed to, and lose four seats in Alaska, Louisiana, Montana and West Virginia, plus picking up Georgia, they would maintain a 51 to 49 seat majority. Should it end up 50/50, there is V.P. Biden for a tie-breaker. Some long shots perhaps but it all comes down to whether a sluggish group of progressives decides to buck past trends and out vote Republicans. 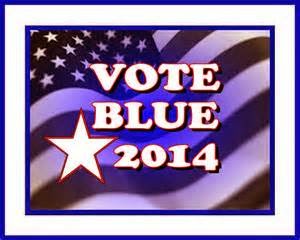