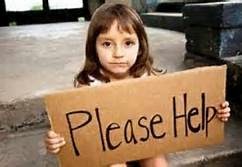 Let's take a look at two recent stories on CNN. One, "The richest person in all 50 states," which lists Bill Gates from Washington at the top of the list followed by Warren Buffett from Nebraska. Conservative dirty money king, David Koch, is fourth. Gates comes in at $81.5 billion with the lowest from the state of Wyoming at $340 million.

The second story, "Over 48 million Americans live in poverty," which is self-explanatory by the title, sort of makes you wonder about the first story. "The official poverty line was $23,283 last year for a family of four," according to the article, which is defined by a conservative as "discouraging." Just discouraging? It looks more like a tragedy to me, and that still takes into consideration the philanthropy of these billionaires and millionaires.

I am not a socialist but to those 48 million souls in poverty, a Social Democracy might be very appealing.
at October 17, 2014