My wife received an email from a friend recently that had been forwarded to her and God only knows how many other people.  It was the latest in the Obama hate campaign which probably originated in and has since prospered.  It is completely wrong, of course, and that is what I told the person who sent it.  It may have pissed this woman off since I have had no reply so far, but friend or not, these people have to be stopped from this reckless forwarding of emails. 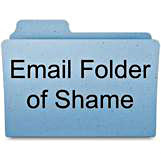 Further, I said to her: “it is the unrestricted spewing out of this kind of crap that has given the title of the most racist state in the country.  And having lived in many parts of the South, this is saying something.”  What is most disturbing about this vicious email is the self-effacing approach used by the propagandist in an attempt to convince readers the President has somehow mistreated his Mother.  Here’s the way it starts”

“The character of any man is defined by how he treats his mother as the years pass...Need I say more about this person below other than there is no character, no integrity...But there is a ton of attitude and arrogance that defines his shallow past and hollow future...I rest my case.”

To imply that Barack Obama had anything but the greatest love and highest admiration for his Mother can only come from one who is mentally challenged and at the same time a certified bigot.  The fanatic goes on to quote from two of Obama’s books, The Audacity of Hope and Dreams From my Father.  FactCheck.org “found that two of the quotes are false, and others have been manipulated or taken out of context.”

Racism from another viewpoint: The Tea Party:

Misleading e-mail: From Dreams of My Father: "I found a solace in nursing a pervasive sense of grievance and animosity against my mother’s race."
Actual quote from "Dreams from My Father": Nothing like this quote appears in Obama’s books.

“And finally………and most scary,” as defined by the missionary of hate, Obama’s supposed quote, "I will stand with the Muslims should the political winds shift in an ugly direction."  Following is FactCheck’s version:

Misleading e-mail: From Audacity of Hope: "I will stand with the Muslims should the political winds shift in an ugly direction."

Actual quote from "The Audacity of Hope" [pg. 261]: Of course, not all my conversations in immigrant communities follow this easy pattern. In the wake of 9/11, my meetings with Arab and Pakistani Americans, for example, have a more urgent quality, for the stories of detentions and FBI questioning and hard stares from neighbors have shaken their sense of security and belonging. They have been reminded that the history of immigration in this country has a dark underbelly; they need specific assurances that their citizenship really means something, that has learned the right lessons from the Japanese internments during World War II, and that I will stand with them should the political winds shift in an ugly direction.

Please visit FactCheck.org for more of the outright lies of the email and several interesting comments on the scum responsible.  The public complains about the hate campaigns of politicians, started by Karl Rove in the George W. Bush administration and continued now by other conservative GOP candidates as well as Democrats.  It has become a way of life in the political world.  It has always been a way of life for some individuals, like those sending these emails.
at October 12, 2012