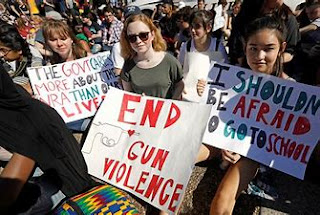 Six people are now dead from gun violence and more than ten are wounded. Early this morning in Sacramento, California, in downtown, no less, and they haven't caught the shooter yet, as of moments ago. This is the city's second mass shooting in a month and yet another cry for help from gun control advocates to ban assault weapons. Who the hell needs this kind of weapon for anything other than to kill as many people as possible?

The U.S. gun culture has reached its limits when it come to the limits of firearms on the street. There are 393 million guns on U.S. Streets with a population of 326 million people. And do guns make us safer? According to David Hemenway, professor of health policy at Harvard T.H. Chan School of Public Health, "there is no good evidence that using a gun in self-defense reduces the likelihood of injury." So why are there so many guns in America?

Because there are so many gun nuts, many of which are not satisfied with just one 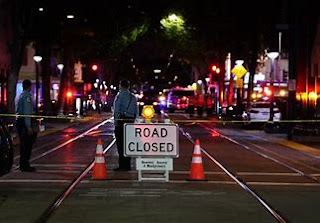 gun, but require several. According to Pew Research, two-thirds of gun owners say they own more than one gun, including 29% who own five or more guns. But, admittedly, the major problem recently seems to be mass killings, which usually involve assault weapons. Getting rid of these vast agents of human destruction would, at least be a start.

You can see a collection of my posts on gun violence over the years...here. 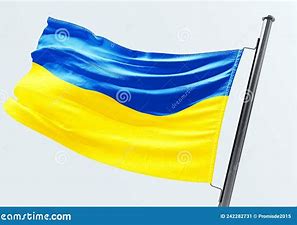