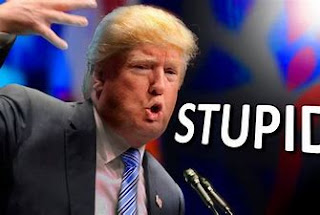 Donald Trump brings U.S. to the level of idiocracy

Donald Trump is not a wrestler and he hasn't fired an automatic weapon on TV...yet. Read more here.
at July 16, 2020

NRA should be dissolved

The New York Attorney General has been investigating the National Rifle Assn. and it head, Wayne LaPierre, for some time now. Some time ...