It isn’t a question of whether the 2001 GWB tax cuts should be extended at a time when the economy is just beginning to right itself.  It is rather a matter of to whom they should be extended.  White House spokesman, Jay Carney, has stated that president Obama would not sign any extension that included the wealthy, which has been identifies as income over $250,000.  Republicans claim this will weigh heavily on small business owners.

﻿
There is some truth to this in that sizable portions of small business owners (31.8 million as of 2008) now elect to be taxed on a system called flow-through or pass-through income.  Basically, that means this income is taxed on the business owner’s personal tax income, not as a corporation.  This, of course, frees this sole proprietor (or LLC, partnership, or S corp.) from being taxed as a traditional C corporation and then taxed again individually.

Sen. Jon Kyl, (R-Arizona) came up with the statement, "The proposed tax increase on 53% of all flow-through business income would be especially harmful to small businesses," but he doesn’t spell out who that 53% is.  Obama counters with the fact that under his tax proposal 97% of small business owners’ lower tax rates would remain at the same level.  If I had to choose between believing the facts of Jon Kyl next to Obama, it’s the president hands down.

Assuming the 31.8 million small business owners, above, have increased—they were only 10.9 million in 1980—then there is a sizable number affected.  3% of only 31.8 million is just under a million businesses, and the combined net income from pass-through businesses was $1.7 trillion.  TaxFoundation.org states that based on 2009 tax returns, 66% of pass-through income was reported by taxpayers earning more than $250,000.  36% of that is $1million plus.

Anyone might agree these are hard figures to reconcile.  The Tax Foundation also reports from 2009, “…individual taxpayers reported $896 billion in total business income from all sources—including business and professional income, rents and royalties, partnership and S corporation income, and farm income. After subtracting net losses, individual taxpayers earned $696 billion in net business income.”  It may be impossible to untangle the actual numbers.


Tax breaks will expire at the end of this year and with the elections in November controlling just about everything right now, we can probably count on the GOP Congress to take the direction of damaging Pres. Obama at all costs.  That would mean demanding a continuation of tax breaks for millionaires, which Obama is likely to veto.  The GOP favor the same old story of shrinking government over raising taxes, partially right, but with no conciliation on revenues.

Warren Buffett wants us to “Stop Coddling the Super-Rich,” in a New York Times piece.  He states, “The mega-rich pay income taxes at a rate of 15 percent on most of their earnings but pay practically nothing in payroll taxes. It’s a different story for the middle class: typically, they fall into the 15 percent and 25 percent income tax brackets, and then are hit with heavy payroll taxes to boot.”  This is another matter entirely but points out the inequality of the whole tax system. 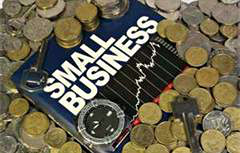 The Tax Foundation warns that, based on the importance of pass-through income, over taxing that group could “fall very heavily on ’s non-corporate businesses.”  We are also reminded that these flow-through businesses “account for a large percentage of business income and employment in the .  So how do you literally change the system so that small business owners win in the overall tax deal?

Would it make sense to take another look at the Hire Act of 2010 (extended into 2011) which provides tax incentives to employers for hiring qualified individuals?  Extend this beyond the special groups to include anyone unemployed, perhaps with increased incentives for hiring those without jobs for a long period of time.  Anything offered to these companies must have meaningful results that are calculable by small businesses.  Can’t see how Republicans could object to that.