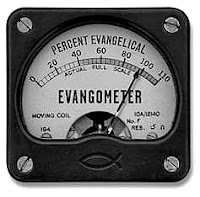 I lived in at one time; still have family there that will no doubt roast me alive after this post.  But I am sick and tired of seeing religion, not just making its impact on politics like any other politicking body, but in actual control of the outcome.  And that is exactly the position the evangelicals are in when it comes to caucus results.  They are able to do it because of their numbers in the state and also because of their unlimited passion over what they believe.
of ’s expert on religion and politics, John Green, says, ““Relatively few people participate in the caucuses, so it’s ideal for a group of highly committed activists to have a big influence.”  The need to attend area get-togethers is a requirement, and since evangelicals thrive on sharing their devotion, it is easy for the churches to initiate this kind of participation.  And there is nothing wrong with this loyalty to their cause.
What is wrong is the influence the Iowa Caucus has on voters’ opinions across the country of the candidates and their qualifications to be president.  What would the evangelicals do if someday this country elected an agnostic to the highest office in the land?  He or she would believe in a God, but not share the normal Christian beliefs such as the crucifixion.  This new president would have all the capabilities to perform the necessary duties, and he or she would possess all the real values of good people.  The latter is possible, you know.
A U. of Iowa journalism professor, Stephen G. Bloom, a New Jersey transplant, has wreaked havoc in the state with his statement: "Whether a schizophrenic, economically depressed, and some say, culturally challenged state like Iowa should host the first grassroots referendum to determine who will be the next president isn't at issue. ... In a perfect world, no way would ever be considered representative of , or even a small part of it. 's not representative of much."

When I lived in in the late 60s, it was a dingy place, very cliquish, and when I left, knew I would never want to live there again.  Apparently a lot of people still feel the same way as Forbes magazine ranked in the top ten states losing population in 2010.  That doesn’t mean those who stay are bad, just that it is an environment in which they feel comfortable.  Perhaps many who desert the state are just not “evangelical” enough to fit in and decide to go elsewhere.
To illustrate what I feel to be the complete absurdity of the Iowa Caucus, evangelist Pat Robertson in 1988 finished second, ahead of then-Vice President George H.W. Bush.  Now I am far from being a Bush fan but finishing behind Pat Robertson, come on!  It’s like having the big “E” before his name qualifies Robertson to be president of the and that is ridiculous.  But this seems to be the only criteria of the current caucusers.
﻿
﻿ As another example, former Penn. Senator Rick Santorum’s latest surge in the polls might be explained by the fact he landed on Time’s list of ’s 25 most influential evangelicals; he is also a devout Catholic.  But as the vote becomes even more fractured, Iowa’s evangelicals have become worried that it will lessen the importance of the caucuses nationwide and have yet another trick up their sleeve.
They are attempting to get either Santorum or Michele Bachmann or Rick Perry to drop out so as not to dilute the vote for the chosen evangelicals.
At least we have a real election to look forward to in a week after the fiasco.  With any luck in 2012 we’ll sweep Congress clean of conservative extremists like the lunatics of the Tea Party, and the religious right that puts faith before country, and bring in some progressives that will again concentrate on what is good for .  Hell, we might even elect an agnostic after President Obama’s second term.
at January 03, 2012