Another top Republican disowns his party in disgust 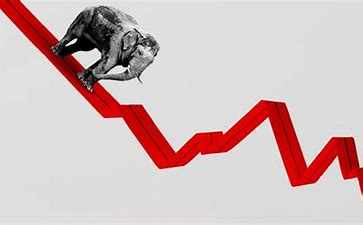 The exit of the latest Republican to dump the party is further evidence of the decline of the GOP. The good ones are departing, leaving only those with the mentality of their mentor, Donald Trump. Thankfully, the Trump era is almost over, putting an end to one of the most appalling White House administrations this country has ever known. Rep. Paul Mitchell (R-Mich.) even laid it out in a letter in The Hill's piece for his leaving. Reason: "President Trump's efforts to dispute the presidential election."

This is his thinking...

"If Republican leaders collectively sit back and tolerate unfounded conspiracy theories and 'stop the steal' rallies without speaking out for our electoral process, which the Department of Homeland Security said was 'the most secure in American history, our nation will be damaged."

"Will be damaged?" It is already beyond belief the damage Donald Trump and his minions have done to this country. The most important is his inattention to the COVID-19 pandemic, letting it run wild while calling it a hoax and exclaiming it would go away soon. Because of this there have been 310,331 deaths in the United States, leading the world. 7,098,109 cases of the virus, also leading the world. It might also be noted that Mitchell voted 95% for Trump's agenda. Not admirable.

Karl Rove started it all in 1977 when he joined George W. Bush to turn the GOP into a fear-mongering party of corruption and misinformation. GWB enjoyed two terms using this strategy, but Donald Trump turned all three into an art that has prevailed and almost brought down America. It will take Joe Biden at least one full term to dig out if this disordered anarchy. It will also require the removal of Moscow Mitch McConnell to realize the U.S.'s full potential.