As far as I can see, gun control is going almost nowhere, at least with the momentum that has been created by the increased gun violence nationwide.  Perhaps we have concentrated too much on mass killings like Sandy Hook Elementary School in Newtown, CT.  Although this kind of carnage is horrific, it still represents but a small amount of the gun deaths that take place daily.  Apparently statistics like ‘there are some 300 million guns in American households’ or ‘88.8 per 100 households’ does not impress the public.  Hard to believe but true.

Or the fact that in a comparison of the rate of private gun ownership in 179 countries, the United States ranked No. 1, and with 10.3 gun deaths per 100,000 population they are much higher than the United Kingdom, Australia, Denmark, France, Germany, Ireland, Italy, Poland, Spain, Sweden and the list goes on and on.  Could the fact that most of these countries have measurably stronger gun control laws than the United States have something to do with the results?  ‘Absolutely not’ would be the answer from wacky Wayne LaPierre, head of the NRA.


These are figures taken from GunPolicy.org, a non-profit organization reporting on international firearm injury prevention and policy.  If you have any doubts about my numbers I suggest you go to this site and do your own research.  If you come away without the opinion that America’s gun culture is completely out of control, then you are either a gun worshipper, completely apathetic over the issue, or you have a terrible problem with math.  The truth is in the statistics and in every case there is a monumental case for more gun control laws in the U.S.


Harry J. Enten writing in the UK Guardian says, “Americans want gun control, but not badly enough.”  His point one, “Most Americans don't see gun control as the most significant way to prevent mass shootings.”  Once again, mass gun violence, but it is obvious that Enten has zeroed in on where the American focus is.  He quotes, “only 25% of Americans believe that stricter gun control laws and enforcement would be the key to preventing massacres.“  Further, CBS News found, only 21% feel stricter gun control would prevent gun violence by much.


In point two, he laments that the subject of guns just isn’t a high priority for most Americans.  A tragedy when you consider the daily reporting of people shot and killed with guns, others injured, some seriously.  In the latest CBS News poll, only 4% listed guns at the top of their list.  50% chose the economy, jobs or the budget deficit.  It will be interesting in the future to learn what the impact of continued and escalating gun violence will have on the country’s economy and its overall well-being.  If as bad as it looks, then it will be too late. 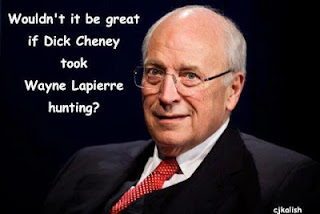 Point three, most in the U.S. doesn’t feel gun control legislation is a priority in 2013, only 46% according to Pew Research.  With all the shootings and mayhem nationwide connected to guns on the street, the American public says, mañana.  Go figure.  And in point four, the public’s obsession with gun violence will eventually dwindle, meaning, if we don’t do this in 2013, we’ll never do it.  And as my headline indicated, the UK can criticize the United States because they have done what we cannot seem to accomplish due to the gun lobby.  Gun laws in the UK:


They have a gun registry


Right to gun ownership not guaranteed by law


Number of guns and amount of ammunition owned is restricted


As a result of the above regulations, below are comparisons between the United States and the United Kingdom in gun violence: